Some of Scotland’s traditional dishes are rather unconventional, but they’re definitely worth trying during your trip to Scotland as they are all really tasty. Classic choices are haggis and black pudding and there is excellent fish to enjoy including Scottish salmon. In Edinburgh 100 years ago, there were numerous street sellers whose cries resonated amongst the buildings.

Today Edinburgh Farmers’ Market, which is held close to the city’s famous castle, is as popular as ever. The best of Scottish cuisine can be enjoyed in restaurants and bars across this beautiful city, but there are a number of Edinburghian specialities that are well worth seeking out…

The recipe for this traditional Scottish soup was brought to Edinburgh during the 16th century and was a variation of the French chicken and onion soup. Today the soup is made with leeks and chicken stock flavoured with black pepper and thickened with either rice or barley. The first recorded mention of the soup was in 1698, but it did not get the name cock-a-leekie’ for a further 50 years.

This popular recipe is from Edinburgh and the Scottish borders and was created as the perfect way to use leftover vegetables. Rumbledethumps is not unlike London’s Bubble & Squeak and the Irish dish colcannon. Sliced onion and shredded cabbage are cooked gently in butter in a large frying pan. After a few moments, cooked mashed potato is added and the ingredients are thoroughly mixed and seasoned with plenty of salt and pepper.

The Scots love sweet desserts and Cranachan is a traditional dessert that is served for special occasions and at Christmas. The dessert is usually served in tall glasses and comprises of layers of toasted oatmeal and raspberries flavoured with honey and whisky with fluffy whipped cream between each layer and the dessert is decorated with raspberries on the top. Cranachan was first invented in Edinburgh to celebrate the successful raspberry harvest and early versions were layered with soft Scottish Crowdie cheese rather than whipped cream.

If you are visiting the city at Christmas time you may well find Clootie Dumpling on the menu! Clootie Dumpling was first made in Edinburgh in the mid 18th century and various recipes can now be found in all parts of the country.

Clootie Dumpling is a suet -based pudding made with Bramley apples, raisins, sultanas and suet and well spiced with allspice, ginger and nutmeg. The mixture is wrapped in a sturdy piece of cotton (the old Scottish word is cloot) and simmered in boiled water for about four hours. Once it is cooked, the large round dumpling is unwrapped, sliced and served with custard.

Sweet, creamy and very tasty, Edinburgh Tablet is also called ‘Scottish Tablet’ and is a type of fudge that was first made in the city during the 18th century. Edinburgh Tablet is made with just three ingredients – butter, sugar and condensed milk – and has a very distinctive, crumbly taste. The traditional recipe was made using just sugar and cream, but it was difficult to prevent this mixture from burning as it was cooked.

Edinburgh Tablet can be bought with no extra flavouring or with added whisky, vanilla or  nuts. Edinburgh Tablet is traditionally served at local weddings and other celebrations.

Although many traditional seaside towns in the UK sell sticks of rock candy, Edinburgh Rock is quite different. Edinburgh Rock was first made in the city in the 19th century by Alexander Ferguson who had learned how to make sweets in Glasgow and had moved to Edinburgh to open his own shop.

Edinburgh Rock is made from sugar, water and cream of tartar. Various colourings and flavourings are added to the mixture which is either made into sticks or small individual sweets. The texture of Edinburgh Rock is soft and crumbly and hard to resist!

For more than 25 years cheese has been made in the small village of Howgate which is situated on the outskirts of Edinburgh. The first cheese to be hand-crafted was the Howgate Brie which is a soft creamy version of the popular French cheese. Later Howgate Kintyre Blue cheese was developed and is made using traditional methods. The cheese is soft and creamy with green/blue veins that are spread uniformly through the cheese. The cheese is matured for two months before selling and has won several awards. The cheeses are served in several pubs in the city as part of their popular ‘Ploughman’s Lunch’.

Whisky is Scotland’s national drink and also its largest export. First called Uisge beatha which is Gaelic for “water of life’ whisky production in Edinburgh dates from 1505. Today there are over 150 different malt whiskies made across Scotland and they all have their own different characters.  Today there are just a few distilleries left in the city which are fun to visit and the Scotch Whisky Experience has the largest collection of whisky in the world.

Great beers from the city

The Scots may be best known for their whisky, but they make Some good beers too! Caledonian and Innis & Gunn are two well known brewers in Edinburgh.

The drink that is currently getting plenty of attention is Edinburgh Gin. The award-winning small-batch distillery of the same name is credited with producing some of the finest gin in the world. 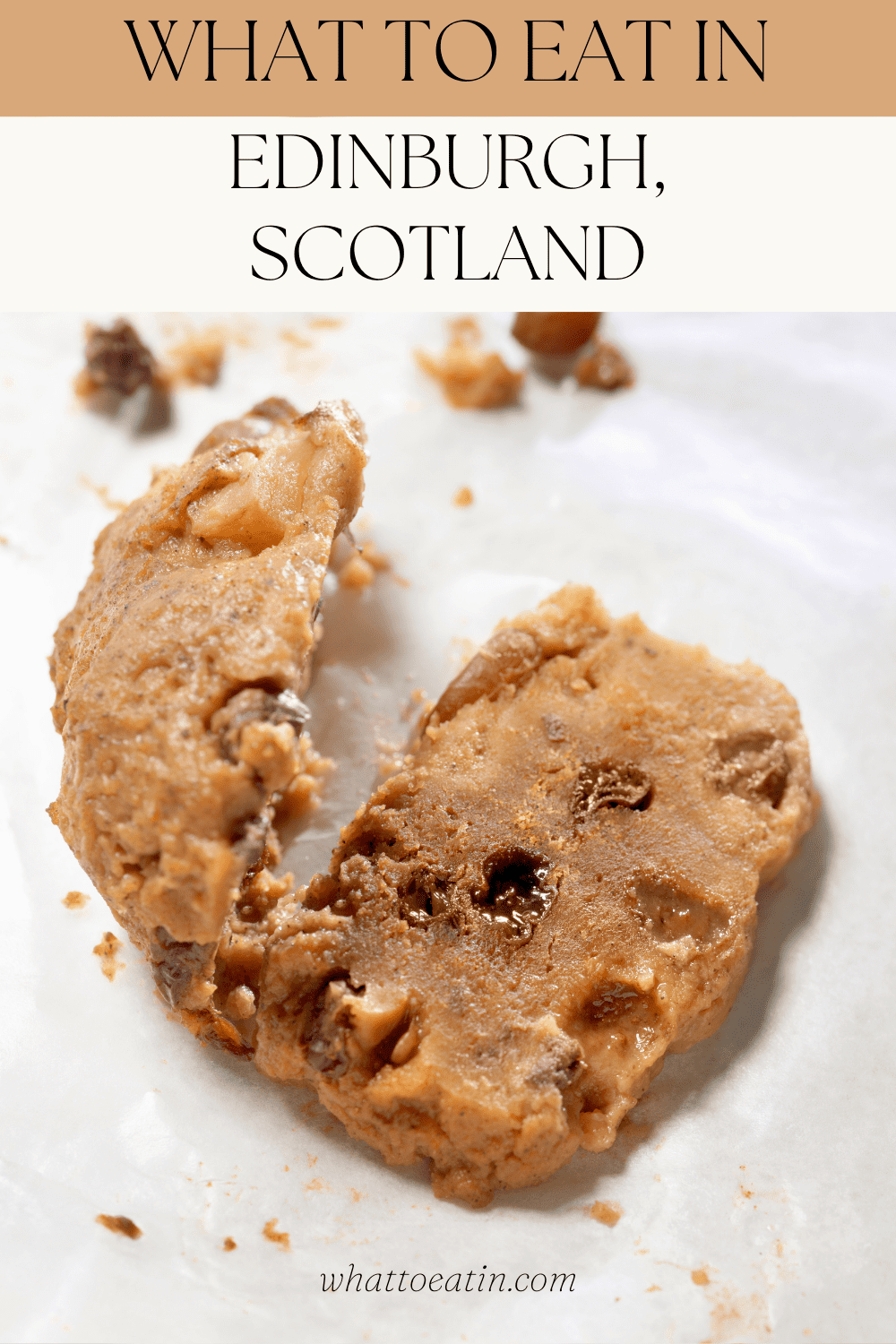