The evolution of Mumbai’s cuisine is inextricably related to the city’s transformation from a fishing town to a megapolis. As immigrants from all across the country arrived with gold dreams in their eyes, they carried their culinary treasures with them. What’s the result? A diverse range of cooking methods and street cuisine reflects their cosmopolitanism and carbohydrate-fueled work ethic.

Every family has its unique manner of preparing this breakfast meal, which is considered one of the finest Parsi cuisines. Though the exact ingredients are hotly discussed, Akuri is typically made with scrambled eggs, onions, tomatoes (or even raw mangoes when in season), red chilli powder, green chillies, and fresh coriander.

This is a fascinating envelope. Spiced meat — chicken or minced mutton, even bheja (brain) — and whipped eggs are wrapped in square-shaped dough and pan-fried with masala-fried onions. Even though they’re served with sliced onion rings and green chutney, they’re great on their own.

This popular fast food dumpling is produced by mashing cooked potatoes with green chillies, ginger, garlic, lime juice, turmeric, and fresh coriander and then deep-frying it in a besan (gramme flour) batter.

When Indian families go out to supper, they must have this meal created with chunks of chicken marinated overnight in a yoghurt and spice mix containing ginger garlic paste and lime juice. After that, it’s grilled or pan-fried. The dish is then topped with an ultra-rich sauce made with butter, tomato puree, cumin, garam spice, and fresh cream. It pairs well with Indian bread such as rotis, naan, and parathas.

If you had to choose one truly soul-satisfying cuisine from Mumbai, this would be it. Cooked Toor dal (a lentil) is delicately tempered with ghee (clarified butter), turmeric, and cumin powder to make this simple and humble cuisine. It takes on mystical, mythological proportions when served over steaming hot rice, or bhaat.

After each mouthful, you get the most refreshing tangy taste since the layers are cut into four triangles so you can manage them without spilling them. A toasted version adds more complexity by steaming the vegetables inside. There is no other sandwich in the world quite like it.

Bheja, or goat brain, is a staple of all those with extreme carnivorous leanings in the city, cooked with tomatoes, onions, turmeric, green chillies, and topped with fresh coriander.

This dish has significant roots in Maharashtra’s rural and working-class populations. Because it was regarded as the commoner’s food, a political decision was made at the highest levels of government to make it widely available. The zhunka is traditionally made with chopped onions, mustard seeds, and kadipatta leaves combined with chickpea flour and served dry. It’s served with jowar (millet) roti or bhakri.

Bombil, or Bombay Duck, is a fish (not a duck) that can be found in abundance in the waterways surrounding Mumbai. This crunchy on-the-outside and mushy-soft-on the inside fish dish can be served alone as a beginning or with chapattis as the main course.

It’s brun or gutli pao, a Mumbai-only native bread that’s crunchy, firm, crumbly on the exterior and soft on the inside. Some others even put a lot of sugar on top. It’s commonly served with sweet Irani chai. The only way to eat brun maska is to dip it in chai.

Bhel is the most popular “chaat” (snack) on Mumbai’s streets, with each bhel walla having its unique blend and a sizable 7 pm fan base. The amounts vary while the components remain the same (puffed rice, papadi (little crisp deep-fried flour puris), sev, onions, potatoes, raw mango, and sweet and sour chutney).

Ragda, soft, spicy, rugged-flavoured chickpeas, and patties, mashed potato formed into fat patties and fried make up this twin treat. Crush the ragda with the patties and put on the accompaniments — finely chopped onions, sour tamarind sauce, and scorching green chutney — for the best taste. Mix it all and dig down for a taste of Mumbai.

Sabudana vada is the traditional “upvas” or fasting dish among Maharashtrians, with some people fasting up to four times a week. The good news is that eateries are always happy to provide hot, crisp sabudana vadas for individuals who don’t have time to make them at home. Soak the sago till it bubbles up. Knead in crushed boiling potatoes, green chillies, coriander leaves, and salt. They’re then formed into palm-sized patties and deep-fried until brown and crisp. Then one nibble leads to another, and another, and another.

It is a festive dish prepared by Maharashtrians and Gujaratis, notably during Holi (to commemorate the end of the winter season) and Dussehra (to commemorate the end of the Hindu calendar year). It’s created by cooking chana dal (yellow gramme) with sugar or jaggery (molasses or gur) until it’s completely dry, then hand-grinding it to make it smooth. Flavors include nutmeg and cardamom powders. The paste is filled into palm-sized balls of wheat flour dough and flattened out before being roasted on a Tawa frying pan with a little ghee (clarified butter). If you eat them with a lot of ghee, they’ll taste fantastic.

Gujaratis consider these classic snacks to be so important that no meal is complete without them. They also don’t leave home without a small parcel hidden neatly in their luggage when travelling overseas.

Dhoklas, also known as “khummun,” is formed with a fermented chickpea batter cooked and seasoned with ginger and mustard seed. Farsan, a broad name for savoury items that includes sev and gathiya, are deep-fried spicy gramme flour compositions in the shape of pasta.

When you delve into a dish of Muslim Nalli nihari, the term “breakfast like a king” takes on new meaning. After this power dinner of soft and delicate mutton shanks in a rich, fatty sauce loaded with marrow and steeped in spices, the flavours exploding with ecstasy, you’ll probably be able to do anything. The perfect companion is a crisp roti.

All of this for a reasonable price. Gasp! A word about Gujarati cuisine: most dishes are sweet, which makes for an interesting contrast with the spiciness of the food. It is either loved or despised by Mumbai residents.

Here, minced mutton is cooked with onions, garlic, tomatoes, chillies, and spices in a variety of ways. Plain kheema is the name given to it in its original form. It’s known as kheema single fry because it’s topped with a crispy fried, sunny-side-up egg. It’s called ghotala when it’s scrambled with eggs. And they’re all best served with Mumbai’s famous pao bread bun. Originally a breakfast item, it is now consumed at any time of day or night.

Another outstanding Parsi meal. This is pomfret that has been marinated in a chutney made with grated coconut, green chillies, fresh coriander and mint leaves, cumin, sugar, lime, and salt. After that, it’s wrapped in a banana leaf and cooked for ten minutes. Close your eyes and appreciate the flavour of a culinary tradition that will overwhelm your senses as you gently unwrap and consume silently.

While kebab is not unique to Mumbai or the region in general, a few variations developed by the Bohri Muslim population are truly distinctive. The top two items on this list are gurda (kidney) and kaleji (liver). They’re wonderful with freshly sliced onions and a splash of lime when grilled over charcoal.

The hotter a city’s temperature is, the hotter the food is. This is especially true of this mutton dish from Kolhapur, Maharashtra’s southernmost city is especially true. It comes in two gravy flavours: one with coconut and one without.

Tambda rassa is the nuclear-powered version (a red chilli-spiced extravaganza). The milder variant is referred to as pandhara rassa (yoghurt, cashew nuts and raisin embellished). When you’re in the mood for a feast, pair them with either rotis or rice.

Modak is a Maharashtrian sweet that is offered to Lord Ganesha, the elephant-headed god, during the Ganesh festival in August since it is his favourite sweet. It’s a shame it’s only produced once a year.

A must-have in Maharashtrian households, Kanda poha is rarely found in poor condition. This easy-to-make snack consists of Kanda (onions) and poha (flaked rice) mixed with chopped potatoes, green chillies, and occasionally peas. It brightens up boring days and cements the many days in a marriage together, tempered with mustard seeds and topped with fresh coriander and a squeeze of lime.

This is by far the tastiest “cutlet in a bun” in Mumbai’s enormous fast food industry. The vada pao, Mumbai’s favourite on-the-go snack, feeds millions of people every day. The recipe is difficult to replicate because each stall owner has his secret ingredient: boiled potatoes mashed with fresh coriander, green chillies, a little ginger, and occasionally garlic, formed into palm-sized balls, dipped in a chickpea flour batter, and deep-fried until golden. They’re put into a pao that’s been coated with a coating of scorching red garlic smash and a layer of spicy green chutney. When eaten hot, it has the greatest flavour.

This Mumbai speciality dish consists of mashed steaming mixed veggies (mostly potatoes, peas, tomatoes, onions, and green pepper) cooked in spices and plenty of butter. Pao, which is shallow fried in even more butter and served with chopped onions, is served with it. Cheese and paneer (cottage cheese) are sometimes added. People travel from all across India to eat pao bhaji in Mumbai.

During a typical Mumbai monsoon downpour, it’s better to bite into a hot one while hiding under a street booth. When you cut through the crisp shell, you’ll find steaming morsels of spiced potatoes and peas that are savoury with a hint of sour.

These calorie burners, which are lovingly formed into triangles and deep-fried, are worth the one week on the treadmill it will take to burn them off. A samosa can also give you heart on the last leg of your journey when there’s no way out, it’s dark, and you’ve got a long way to go.

Mutton dhansak is a type of soul food that originates in Parsi cuisine. It’s mutton that’s been cooked till tender in a spicy lentil dal. It’s served with browned rice topped with deep-fried onions, mutton kebabs, and a crunchy combination of chopped raw onions, raw tomatoes, and coriander on top. The results are frequently manifested in a peaceful afternoon slumber.

Contrary to common assumption, this meal originated on the Konkan coast, which extends south of Maharashtra and includes Goa and Karnataka. It is, nevertheless, a Mumbai-centric dish. It was allegedly made in the Sion “koliwada,” or fishing village, by a north-Indian immigrant from Punjab, according to legend. The unique red colour of these deep-fried prawns marinated in a batter of flour, spices, and ginger-garlic paste can be recognised. Choose the smaller prawns because they have a better flavour. 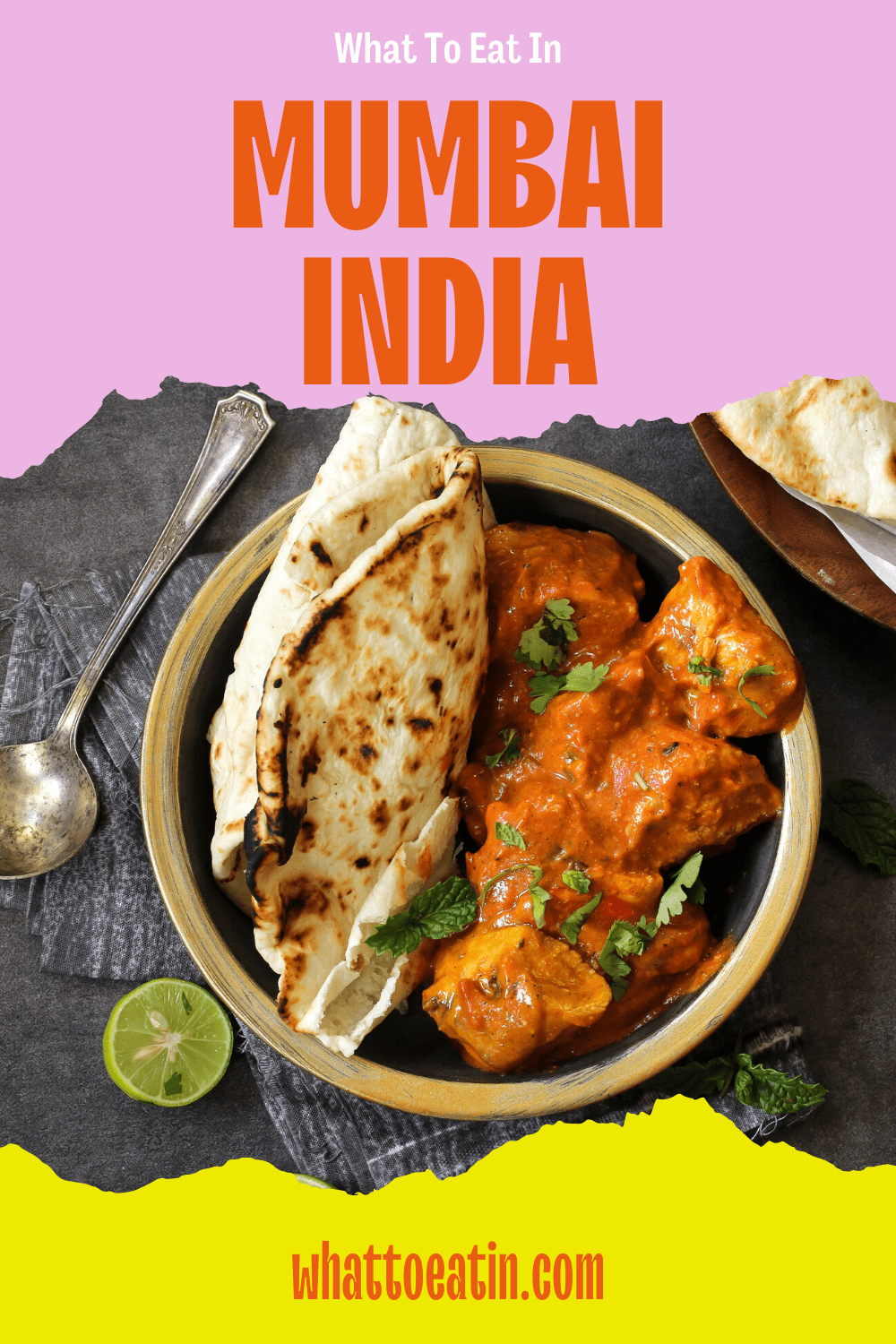